The Athens University of Economics and Business (Department of Informatics) will be awarding an Honorary Doctorate to Dr Joseph Sifakis, CNRS Research Director, for his exceptional contribution in the field of Informatics.

The ceremony will take place on Friday the 4th of June 2010, at 18:30, at the Ceremony Hall, of the AUEB's central building.

During the ceremony, addresses will be made by the Rector of AUEB Professor Gregory Prastacos and the Chairman of the Department of Informatics Professor Panos Constantopoulos. Professor Konstantinos Courcoubetis of the

Joseph Sifakis is a CNRS researcher and the founder of Verimag laboratory, in Grenoble, France. He holds the INRIA-Schneider endowed industrial chair since September 1st 2008. He studied Electrical Engineering at the

Verimag is a leading research laboratory in the area of critical embedded systems. It developed the underlying theory and technology for the SCADE tool, used by Airbus for the design and validation of its critical real-time systems,

and is becoming a de facto standard for aeronautics. Verimag has a lasting and strategic collaboration with ST Microelectronics, France Telecom R&D, and Airbus, through which numerous results on validation and testing have been transferred.

Joseph Sifakis is recognized for his pioneering work on both theoretical and practical aspects of Concurrent Systems Specification and Verification. He contributed to

emergence of the area of model-checking, currently the most widely-used method for the verification of industrial applications. His current research activities include component-based design, modeling, and analysis of real-time systems with focus on

correct-by-construction techniques. He has broad experience with industry, notably though joint projects with partners such as Astrium, the European Space Agency, France Telecom, ST Microelectronics and he has also been active for many years in

Joseph Sifakis is the Scientific Coordinator of the European Network of Excellence ARTIST2 on Embedded Systems Design. This network gathers 35 of the best

European teams in the area, and aims to produce innovative results for cost-effective design of dependable embedded systems. It will also promote innovative methods safe and secure systems, notably through cooperation with key European industrial

partners such as Thalθs, Airbus, Ericsson, Philips, and ST Microelectronics.

Joseph Sifakis is the director of the CARNOT Institute "Intelligent Software and Systems" in Grenoble. He is also a member of the editorial board of several journals, co-founder

of the International Conference on Computer Aided Verification (CAV) and a member of the Steering Committee of the EMSOFT (Embedded Software) conference. He is a member of Academia Europea

and a member of the French National Academy of Engineering.

Joseph Sifakis has received with Ed Clarke and Allen Emerson for their contribution to Model Checking, the Turing Award for 2007. He is also

the recipient of the CNRS Silver Medal in 2001 and Grand Officer of the French National Order of Merit. 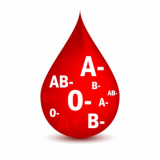