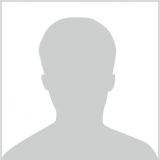 His research interests include Queueing Theory, Applied Probability, Optimal Control of Queues and Networks, and Congestion Control Algorithms for the Internet.

C.Courcoubetis, A.Dimakis and G. Stamoulis, "Traffic equivalence and substitution in a multiplexer with applications to dynamic available capacity estimation", IEEE/ACM Trans. on Networking, vol. 10, no. 2, 2002.